Ever since its inauguration way back in 1863, the Grand Hotel et de Milan has been the residence of personalities of national and international renown – Maria Callas, Rudolf Nureyev, Luchino Visconti, Ernest Hemingway, Gabriele D’Annunzio, Enrico Caruso and many others. We especially take pride in recalling the celebrated composer of operas, Giuseppe Verdi, who stayed at the hotel for several years. He composed some of his operas in the suite at present bearing his name. Its appeal of age-old milanese residences still draws the big names of show business to the hotel.

The Grand Hotel et de Milan is right in the centre of the city, opposite via Montenapoleone – with its elegant boutiques, a short walk from la Scala and from the cathedral. Two years of thorough restructuring and of technological innovations have made the Grand Hotel et de Milan a perfect place for either business or pleasure, allowing guests to enjoy the age-old appeal of nineteenth-century noble residences.

The royal suite has been dedicated to Giuseppe Verdi who chose to be a guest of this hotel in 1872. Since 1842, the date of his triumphant success with Nabucco at La Scala, Verdi has been the dominant figure of Italian Opera. His death, at the Grand

Hotel et de Milan on January 27th, 1901, was left as national loss. It was in Suite 105 on the first floor of the then “Albergo di Milano” that Giuseppe Verdi chose to stay from 1872, alternating his working life in the city with that of the peacefulness of Sant’Agata, his country residence.

During those years, he committed himself at length to composing Otello and then Falstaff. It was on the occasion of the night of Otello, February 5th, 1887 (amongst the cast was the great tenor Tamagno and in the orchestra was an exceptional cellist: Toscanini), that the carriage which was taking Verdi from La Scala to the hotel was unhooked from the horses, as was customary use for triumphant theatricals at that time , and dragged along by the delirious crowd.

The Maestro, cheered by the adoring population, was obliged to step out onto the balcony of his apartment with the tenor Tamagno who, with no accompaniment, began to sing some of the opera’s arias. The Milanese demonstrated the same reverence many years later, asking the Hotel’s directors to post medical bulletins in the lobby in order to follow the course of the illness which was to lead Giuseppe Verdi to his death. In his final days, Via Manzoni was covered with straw so that the Maestro wouldn’t be disturbed by the noise of carriages. The memory of Verdi’s presence is still alive in our Hotel and his apartment remained untouched since the day of his death. 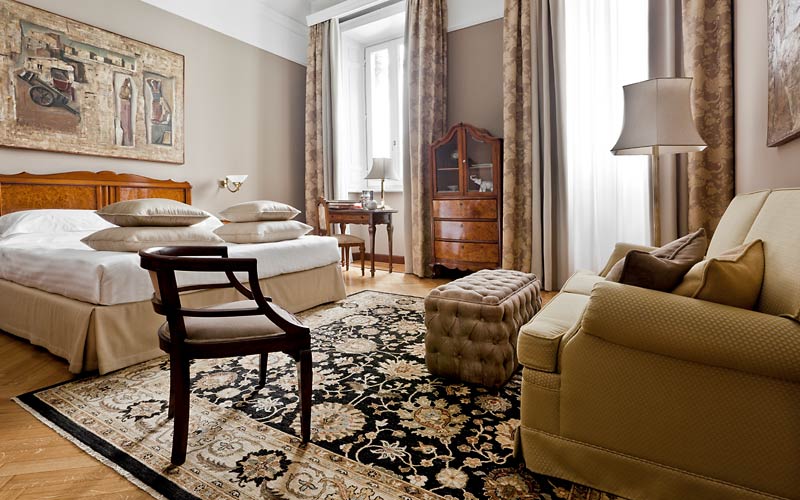 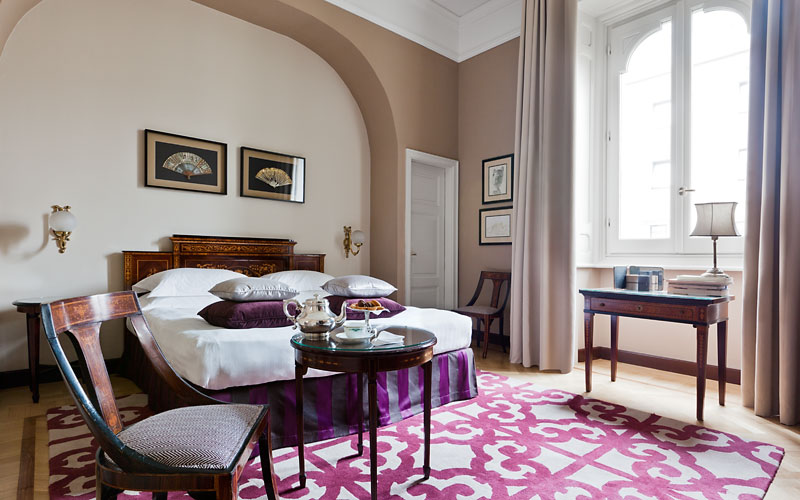 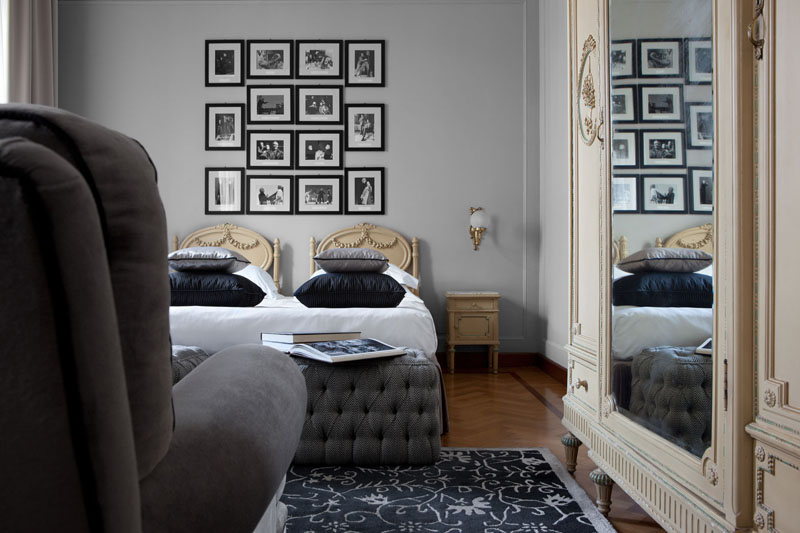 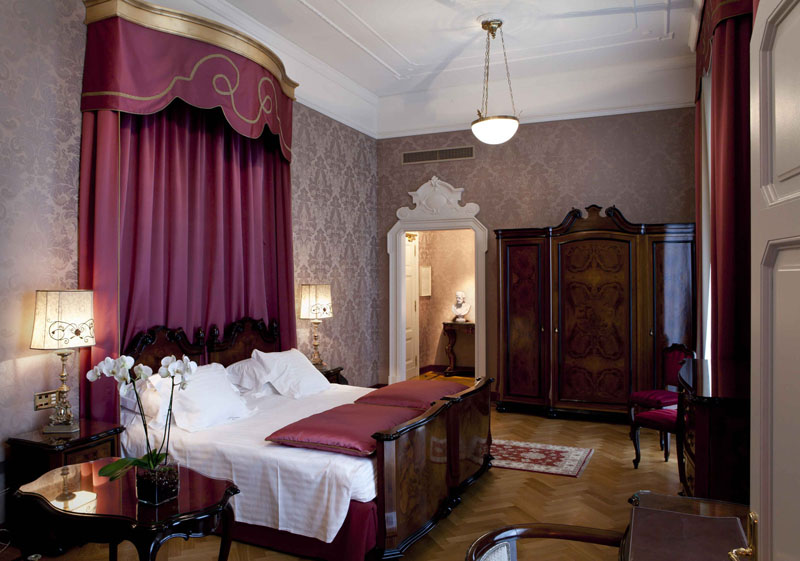